March 4th, 2010 could have been any other Thursday for New York City folk, had they not attended the silky-smooth Motown throwback concert performance of up and coming recording artist, Mayer Hawthorne at Webster Hall. With tunes similar to those off of Raphael Saadiq's latest album "The Way I See It", a great deal of influence from old-school Motown Sound (think: The Supremes/Al Green/James Brown), and with a punch of contemporary hip-hop vibes, this artist has much to offer in the way of musical entertainment. The New York City performance was the first of his tour with The County, and they certainly started it off right, with the song: "Your Easy Lovin' Ain't Pleasin' Nothin'" off of album, "A Strange Arrangement".

Shaky and incomplete clip, but this shows you the pleasin' start to the show: 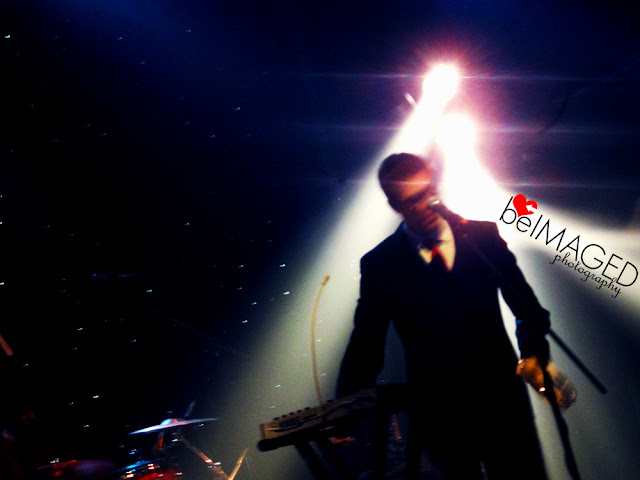 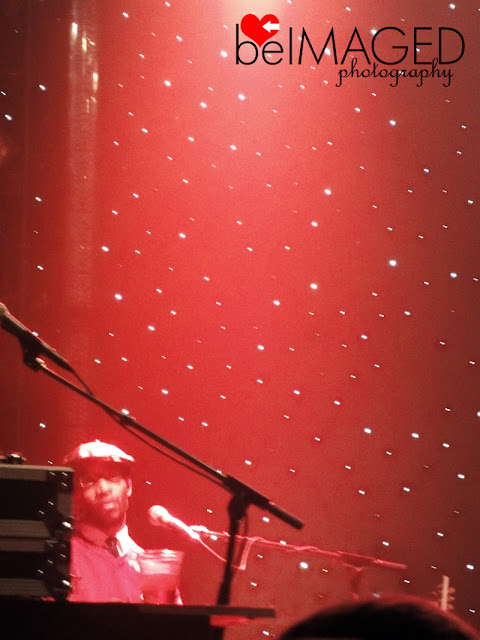 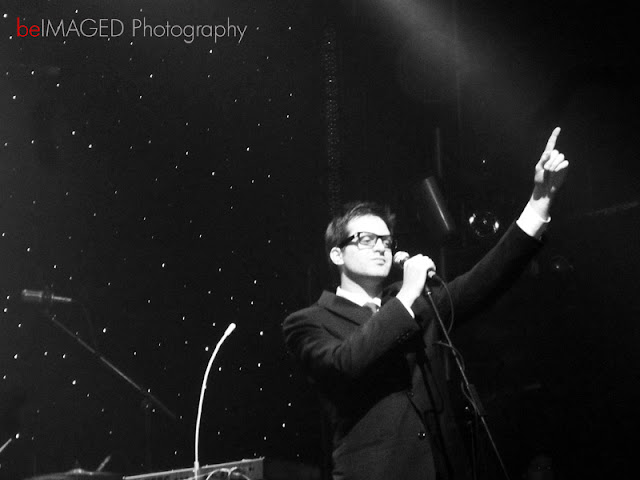 Dressed in a classy suit, red tie, and dare I say "emo" glasses, mixed with his somewhat self-proclaimed "pimp identity", and cursing like a sailor lingo, Mayer certainly has a charm about him. Songs like "Just Ain't Gonna Work Out" make you feel all warm and gooey on the inside while the beat gives you something to dance to. And "Green Eyed Love" - sexy, daring, more hip hoppy, and yet, still soulful - stands out as one of the best ones on the album to groove to. (Play this song on vinyl or hear him perform it live, and you'll get it.)

The venue was something out of The Twilight Zone, lit up with hipster fans, all resembling the thick black frames-wearing performer. Almost every single attendee looked related in physical traits and in dress. Can't be such a bad sign: he appears to be someone worth emulating.

Number one highlight of the evening was when Mayer's two Michigan pals joined the band on stage and broke into doo-wop style dance moves in the background, all the while being dressed in 21st century clothes. It was real and playful - and it made the performer and his crew people you want to be friends with. Oh, and Mayer's air guitar skills. Those were pretty sweet, too.

I could have done without the band's un-satiating cover of N.E.R.D's "Fly or Die" which didn't quite fit, but all in all, the tour blast-off was phenomenal. Quirky performer, amazing music, and not one dull moment. 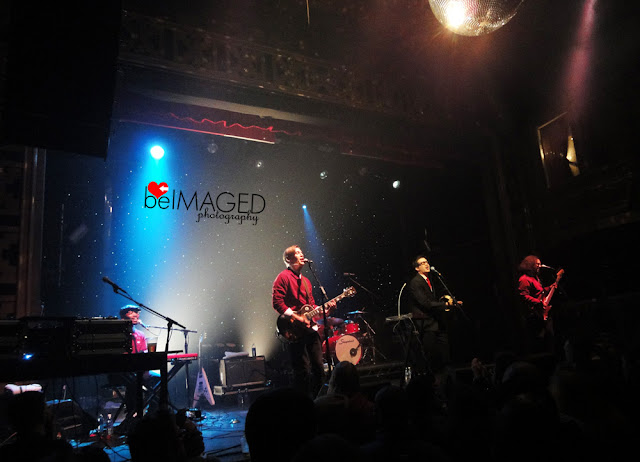 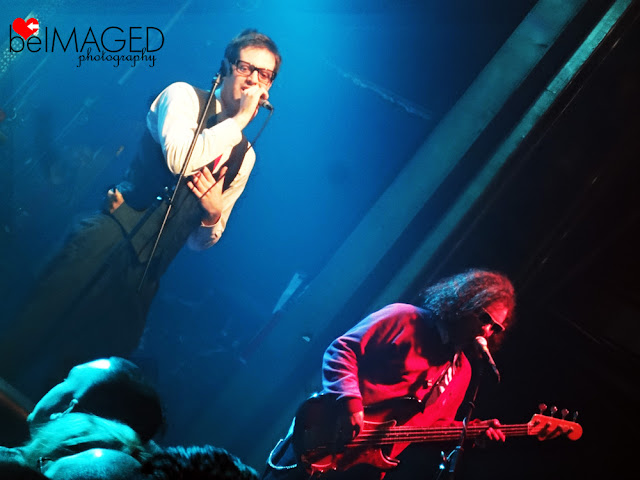 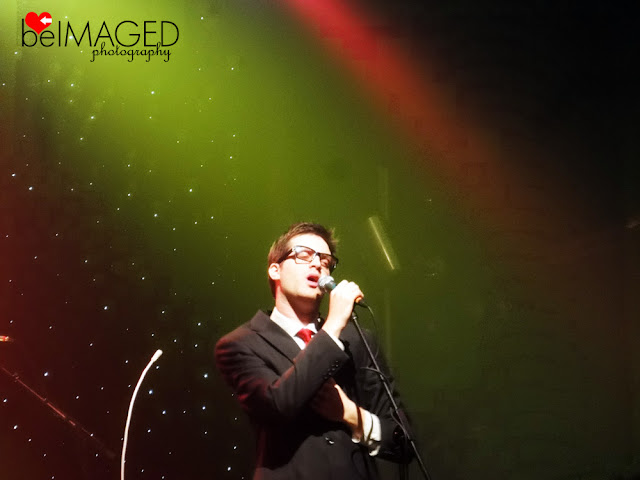 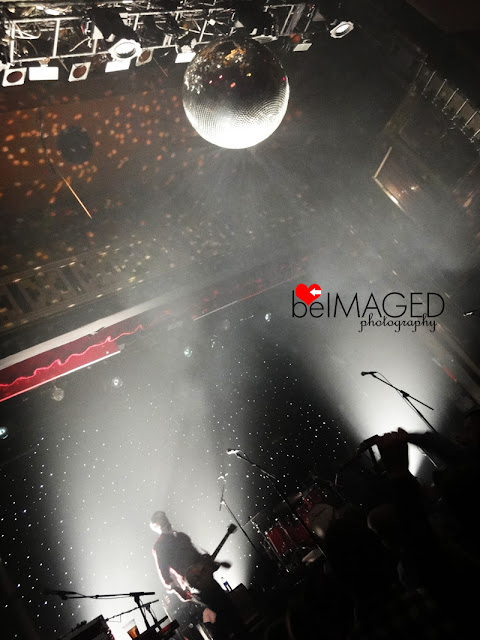 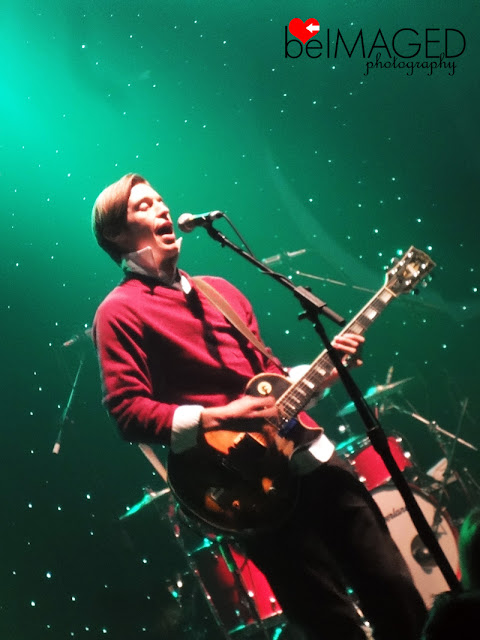 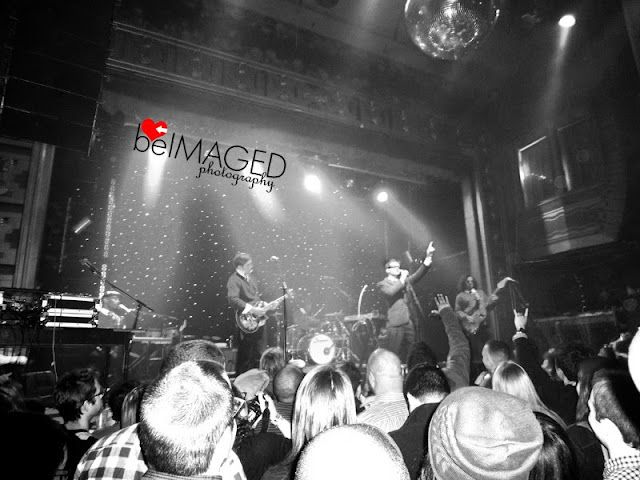 Check out the Mayer Hawthorne myspace page for his tracks and upcoming tour dates. He is going everywhere from Massachusetts to Manchester, and he is more than worth it to see live.
Posted by Melissa Lynn at 1:12 PM