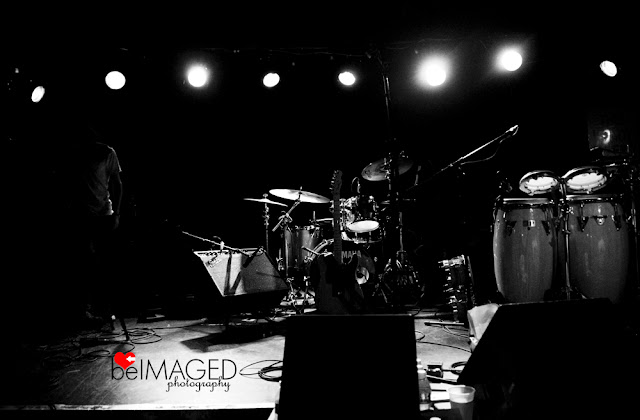 For a lack of a better work-station, my car can tend to become my writing haven. And while sitting in the warmth of my vehicle on a cold winter's night, with the self-titled OTiS album coming to life through my speakers, I am transported into a world of funky grooves.

The Brooklyn, NY based funk and soul band begins their to-be-released CD with the song "All Over Again", which supplies a full dose of groove and starts the music off right. Put into a blender of delight, this song showcases the group's ability to create a nice mixture of fast-pace vocals with poignant and up-beat instrumentals.

The next track that is more than an honorable mention is "Colorado", which satiates itself in Spanish-inspired beats, with more subdued vocals than is typical for the lead singer, Craig. He takes it down an octave two for this song, and it works: perhaps better than any of the other songs on the disk. With a simple beat, and interesting lyrics, this song seems to have the most story to it. Many of the other OTiS songs are filled with message, hope, and concept, whereas this one stands out to tell us a story about a girl in Colorado. The keys help to make this my favorite tune, with a sound and tone reminiscent to those of the famous "Dancin' in the Moonlight", and in fact, the song itself supplies a vision of a summer night with the moon looming over you and the illuminated person, who you want to better understand, sitting by your side.

This favorite song of mine flows well into the second half of the album, which I prefer over the first half. With a high level of emotion in track 6, "Reconstruction", I am reminded of one of my favorite bands, The Thievery Corporation (in a good way). Onto track 9, "Die Easy", we are taken back to a slowed down tempo. This one is the most haunting, feeling its way through your system with its blues club good vibrations. This is the song that I, personally, cannot wait to see performed live, if not only for the way that it manages to kick you back into the past, into the days where it felt good to sway back and forth to existential thinking in the form of song.

The cover art, designed by Olivia Magnotta, is a big proponent of the album that is worth mentioning, with its ability to fully capture the playfullness, funk, and color of the band. Like "Colorado", it works more than just a little bit.

While this is certainly not a Hollywood-ized band, these guys certainly make due with what they've got. And what they've got is a fast-ripping singer and guitarist, and an instrumental band filled with buckets of talent on drums, bass, percussion, and keys.

The CD Release Party is on February 26th, at Sullivan Hall of NYC, the night starting off at 7:30 pm with Ben Ruttenberg. The tickets are cheap, the music is good, the band is fun: get there at 7:30 or 8, and maybe I will buy you a drink.