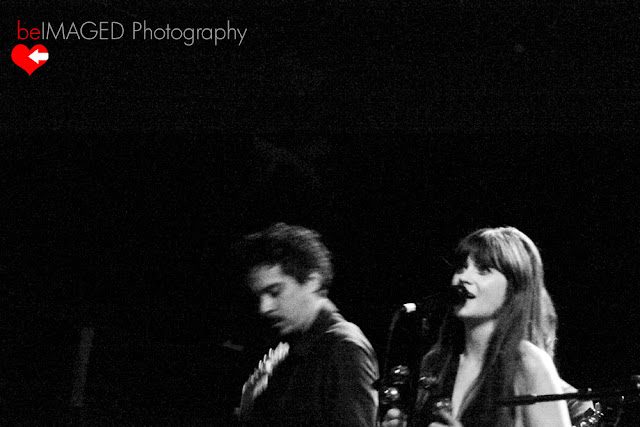 I had the pleasure of seeing She and Him perform live at The Bowery Ballroom in NYC on Monday, March 29th. The band stands out from the rest for a scroll of reasons, with the number one being that the lead singer is the bouncy, eclectic and famous actress turned songwriter and musician, Zooey Deschanel. She's not one of the many who turn from acting to singing just because they can, but because she's got true, unrelenting talent. Not to mention the stage presence. She hops around like a 15 year old girl who snuck out of the house for the first time, carrying a coat of confidence and coolness amidst a slight amount of shyness lingering underneath.
The liveliness of Zooey is accentuated and masterfully complimented by mind-bending guitar rips by the "him" of the group, M. Ward. Both famous, and both somewhat peculiar as a musical duo, these two truly make it work. The songs from Volume One and the newly released Volume Two seem to stand the test of time, creating sounds that evoke the image of a musical melting pot of the old and the new. It's folk, it's rock, it's pop, and it has a hint of old school to it: the music of She and Him is melodic music to listen to while lying out on the hood of your 1958 Cadillac as the sun sets. Or it is melodic music to listen to while daydreaming about owning a 1958 Cadillac. Either one. It is fun and full of life. 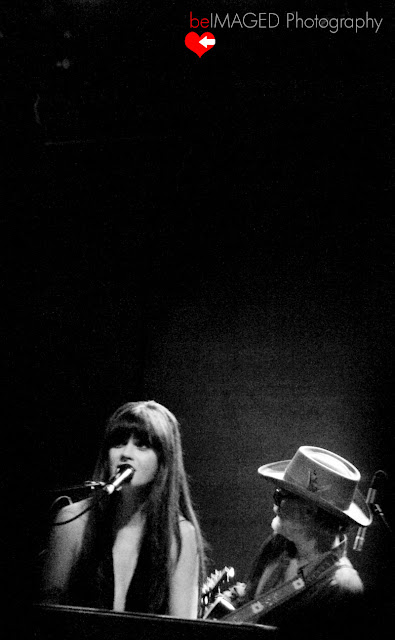 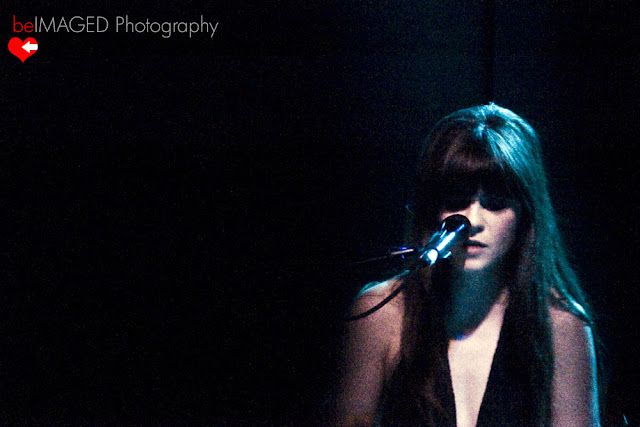 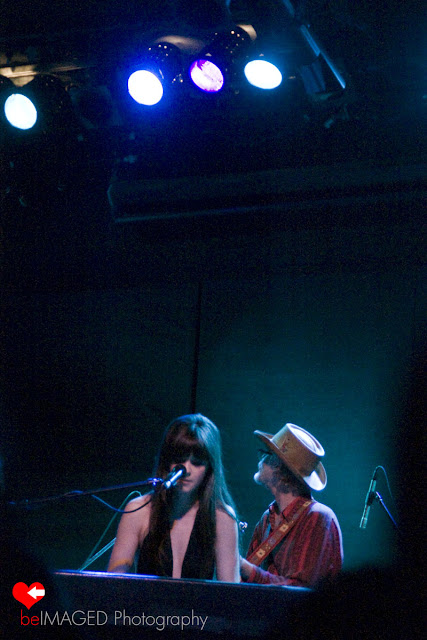 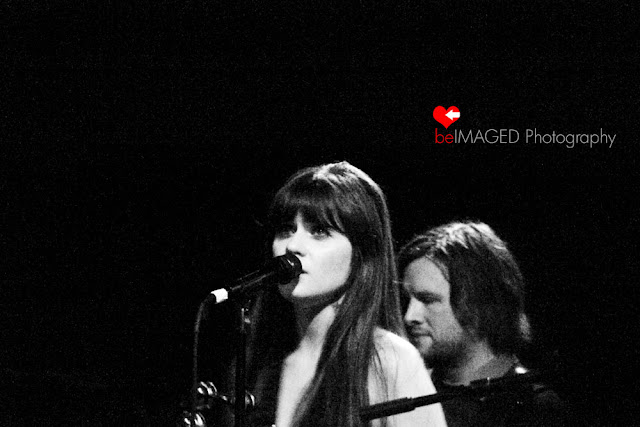 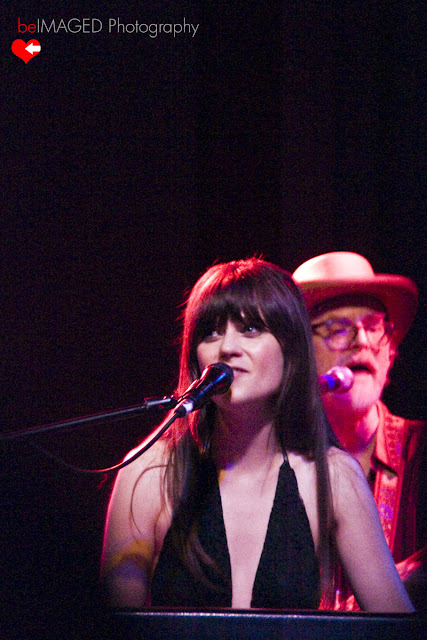 For a first listen, but perhaps not the music video to judge them on considering it was their first and is a bit odd (and yet, quirky), I suggest "Why do you let me stay here?" from She and Him Volume One:


See what the very impressive Merge Records has to say about their band, She and Him. And because I am a big Zooey Deschanel fan myself (you may have noticed all of the photos of only "she"), I can't believe that I have been living under a rock for the past year and did not realize that she and Ben Gibbard of Death Cab for Cutie got married. Having once been an avid fan of Deathcab for Cutie (especially their older rock-ier albums), you can imagine my pleasant surprise. 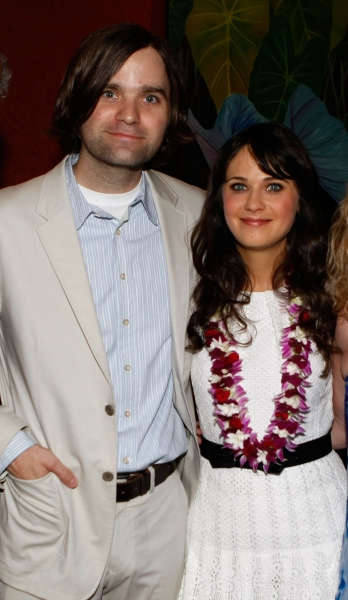 I say congratulations to Zooey and Ben, and I can only hope that a musical collaboration is in store. She and Him and He, maybe.
Posted by Melissa Lynn at 8:38 PM