the serious teaches of peaches

WARNING: This rock star is not for the faint at heart. 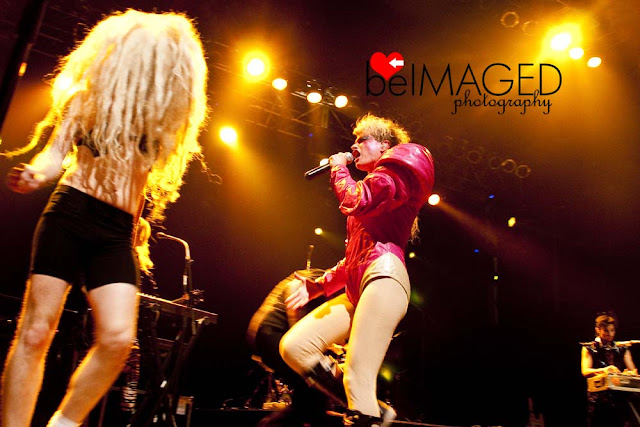 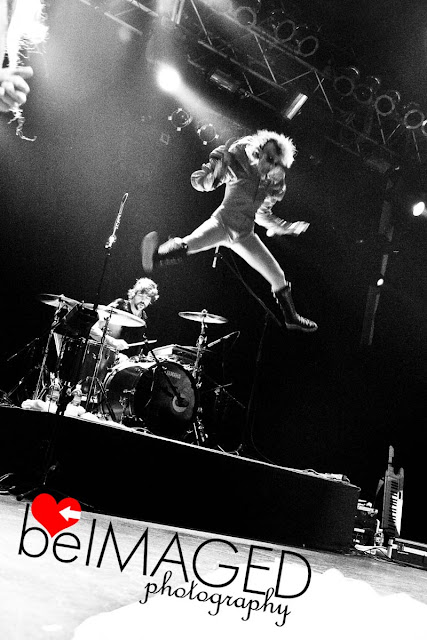 With gyrating hips, half wild blond hair half shaved head, ballsy music, some majorly awesome costume changes, and a laser show to boot, the performance by Peaches on November 14th at New York City's Terminal 5 was out of this world.

Blessed in having a photo pass, I was able to get a first hand, front row, live experience with the brain behind the albums entitled "Impeach my Bush" and "I Feel Cream" to name a couple. She is loud, in your face, unrelenting, in control, the power whirling around her black tarnished halo, and man, can she light up a stage. 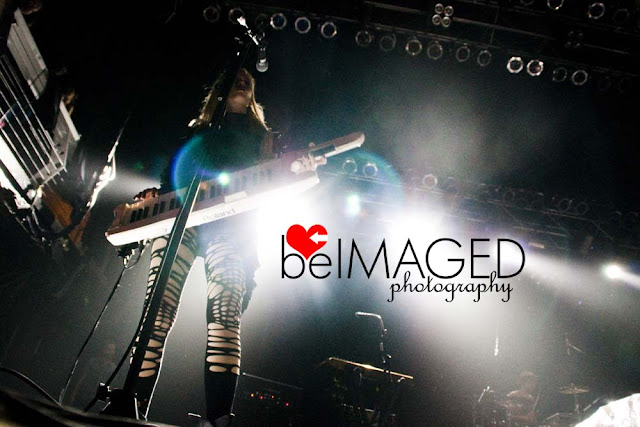 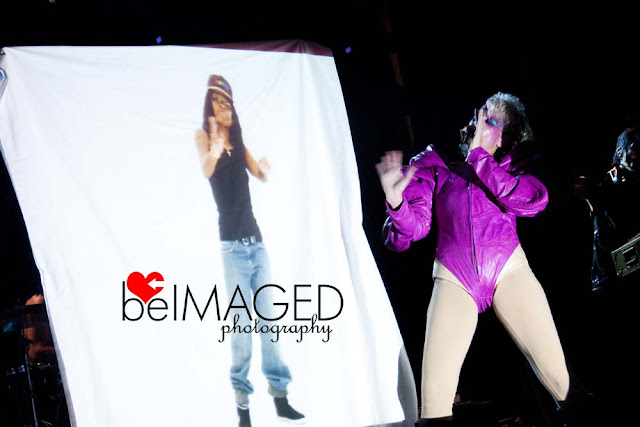 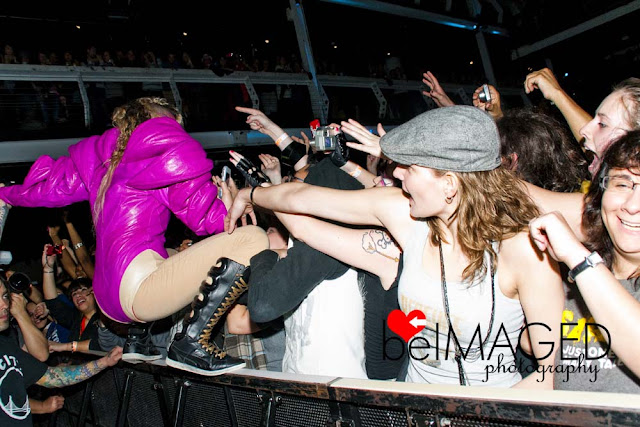 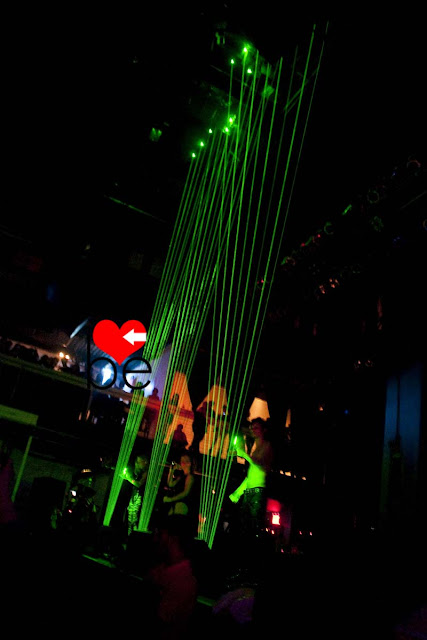 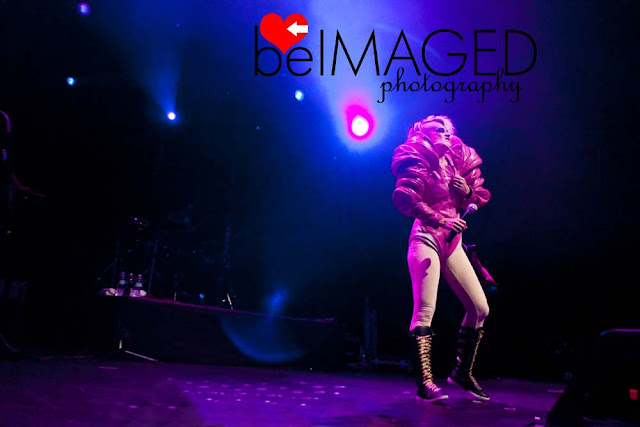 The venue was packed to the core, with an incredible myriad of somewhere around 1500 audience members and fans. Indeed, when the drunk guy behind me almost puked on my equipment, I knew it was going to be an interesting, if not mildly insane, evening.

With the hot pink bubble jumpsuit transition into the fringed cowgirl / rock star costume, there was no way to keep up with what she had planned for us next, and it made it all the more fun to watch. We were putty in her hands. She crowd-surfed within the first 10 minutes of the show, spewed fake blood all over the audience, and popped a bottle of champagne to spray, and yes, generally behaved like the true rock star that she has evolved into. 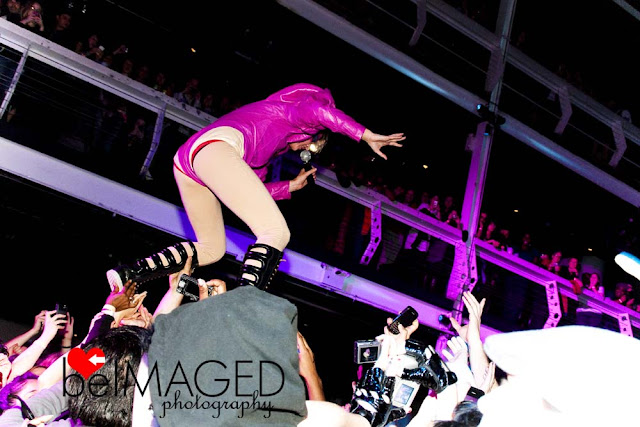 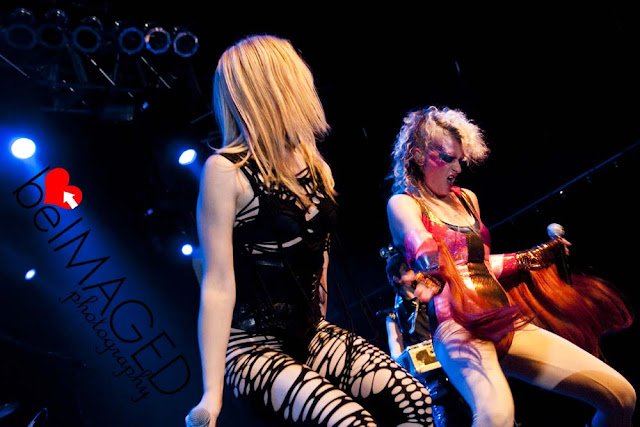 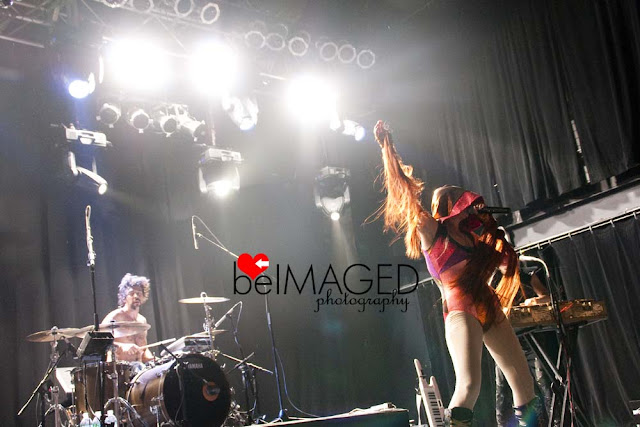 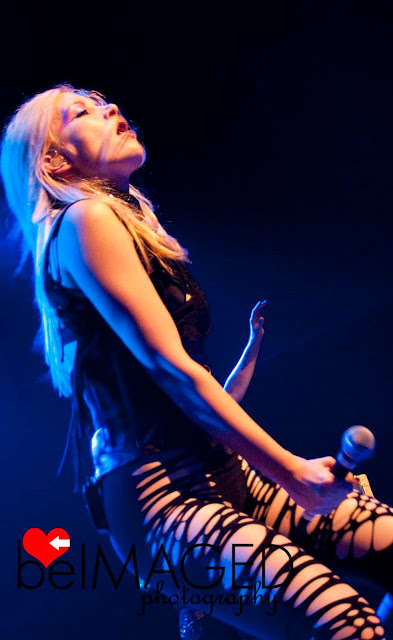 The back up band of rebels, Sweet Machine, blond bombshell member imaged above, knew how to never get in the way of Peaches, but to merely accentuate her grinding motions.

Microphones, guitars, and lasers were merely props for these performers on stage: the music was the off-Broadway play, the musicians the players, and yes, the audience members the very much played. This would be that offbeat, raunchy theater show that you had to sneak out of the house to go see when you were sixteen. Who knew that wearing fishnet stockings could look so sexy yet so empowering at the same time. 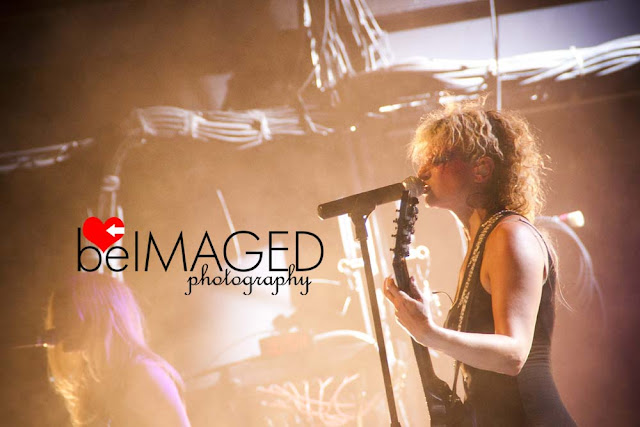 With five adrenaline pumping albums under her skin, this woman is the definition of kick-ass. She stands up to face the world with no fear, no shame, and absolute mischievousness to say "I don't give a F***".

all photography by beIMAGED Photography. see more and more photos of peaches @ the melissa lynn smugmug page.
Posted by Melissa Lynn at 7:20 AM